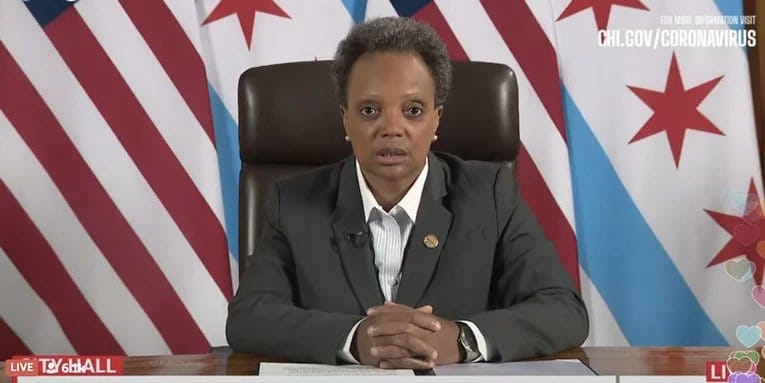 The fund includes a $25 million grant by the city of Chicago, $50 million in capital from the treasurer’s Chicago Community Catalyst Fund, $10 million from Goldman Sachs’ Urban Investment Group, $1 million from Fifth Third Bank and $250,000 from Clayco Construction.

Lightfoot also thanked partners at Citadel and Citadel Securities and its CEO, Ken Griffin, who donated $1 million to Chicago Public Schools and $1.5 million to the Greater Chicago Food Depository. “Ken and others are exhibiting extraordinary civic leadership at its finest,” the mayor said. Read the mayor’s full speech below.

She also invited and urged others from the business and philanthropic communities to contribute to the fund. “It is a meaningful way to help our small businesses meet payroll, avoid layoffs and survive under extraordinarily dire circumstances.”

The mayor also called on banks to grant foreclosure relief during the crisis and property owners to “give tenants some grace, wherever possible during these trying times. No one needs the added stress of evictions, certainly not now.” She thanked Cook County Sheriff Tom Dart for delaying eviction enforcement until the end of April.

Lightfoot reiterated her belief that Chicago’s finances can withstand the economic hit from the coronavirus and reminded consumers she’s suspended the booting of cars, collection of late fees and defaults on payment plans for all city debt, administrative court dates and debt checks for ride-hailing and taxi drivers through April 30.

Thanking Illinois’ congressional delegation for pushing relief in Washington, the mayor said “federal stimulus packages must bring immediate relief to individuals, not just big businesses, through help like extending and increasing unemployment benefits and more grants and loans to small businesses,” and that the fallout from the virus “can only be solved with billions” from the federal government.

The city has survived heat waves, polar vortexes, recessions, depressions, two World Wars and the Great Fire, the mayor said, but “moved forward together,” and the local economy “bounced back strong and quickly from those downturns.”

“Resiliency and resolve are baked into our DNA, and, as a people, this is our moment to prove to ourselves and a nation that in Chicago, we may get bent, but we will never be broken.”

The fund will begin accepting applications here on March 31. To be eligible, businesses must attest to a more than 25 percent revenue decrease due to COVID-19, employ fewer than 50 workers and have gross revenues of less than $3 million in 2019. Businesses will have to provide bank statements dating back to October 2019 and their most recent tax return. 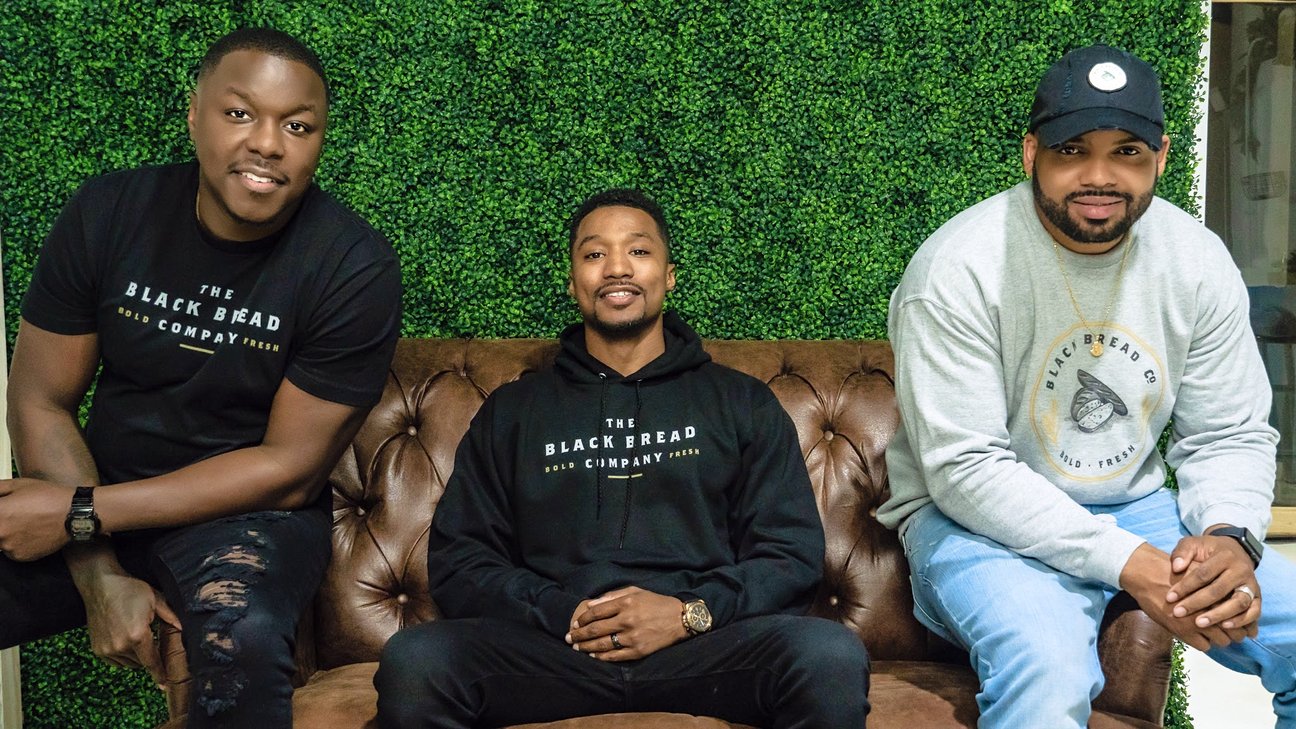 New Black owned joint venture in Orland Park! We love to hear about powerful Black brands collaborating. Check out the newest restaurant addition to Orland Park, Can’t Believe It’s Not Meat and Phlavz. Whether you are looking for soulful vegan food or amazing caribbean, this spot has it for you. We LOVE the energy of the young entrepreneurs who started this. Make sure you support! 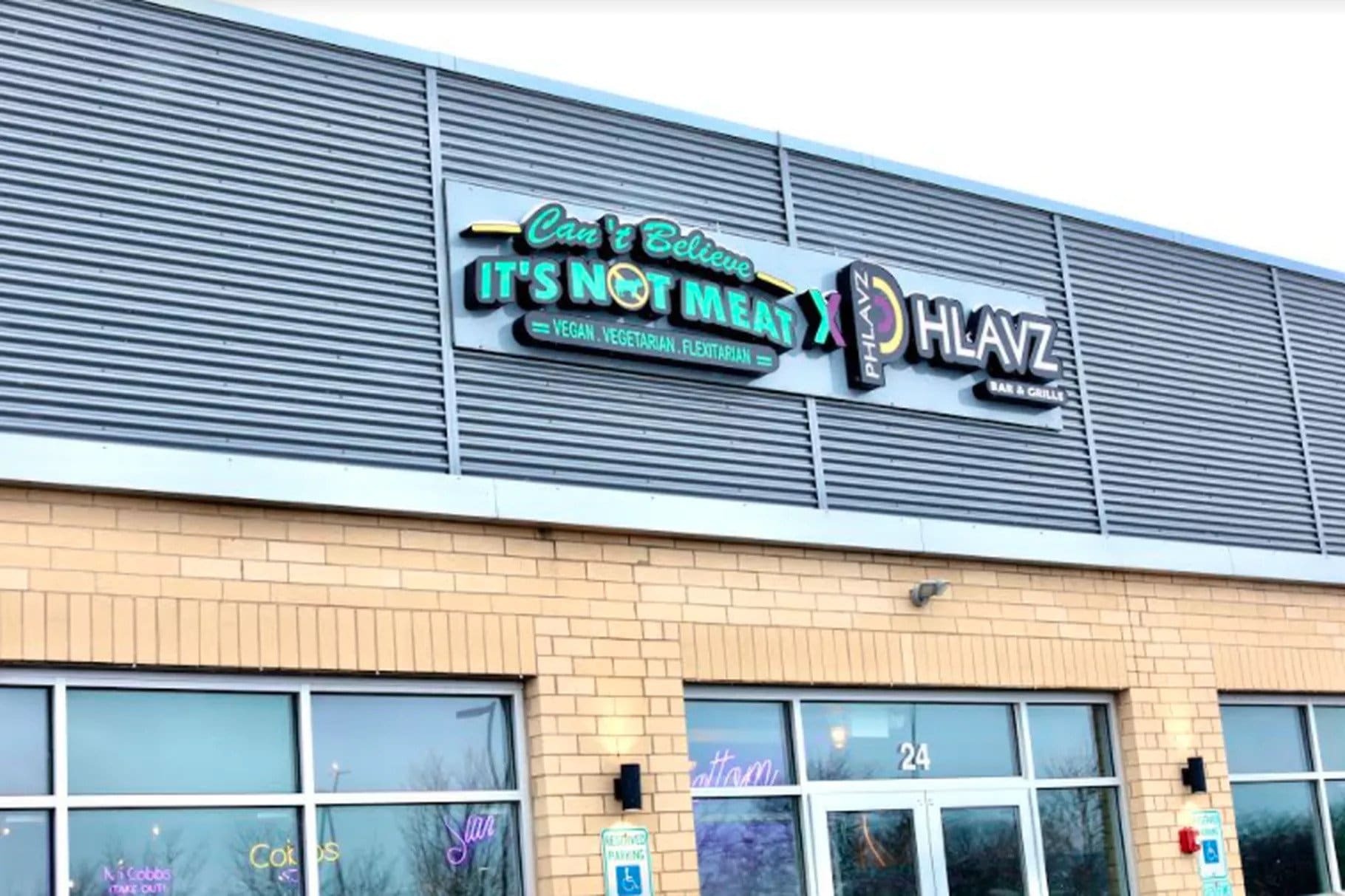 Just in time for Gov. J.B. Pritzker’s area-wide ease of COVID-19 dine-in restrictions on restaurants, a trio of Black entrepreneurs are teaming up to bring a new vegan/jerk food concept to Orland Park.

Separately, Bonsu and Simpson — who met while working various gigs in the music industry —and Baker were unknowingly searching for business locations in Orland Park before deciding to collaborate.

The trio says their businesses have “thrived” during the pandemic, inspiring the ideas of expansion.

“I think we always wanted to do things together,” said Bonsu, who’s eatery specializes in jerk food and drink options such as their signature drinks “Blacker the Berry” and “Phlavz Punch.”

“Growing up together [with Baker] we always wanted to do business but the timing of this showed itself; we said let’s do it together.”

And Baker, a self-taught chef who’s nicknamed “Chef Fab,” says the eatery will have separate kitchens to prepare food, while customers can utilize a shared dining space.

“We won’t be cross contaminating; we have one big building and Phil and Andrew will have their kitchen and I have mine, too,” said Baker, who went to Northern Illinois University with Bonsu. “The vegans can feel comfortable knowing that it’s one room, but two kitchens.”

Instead of bashing Pritzker and Mayor Lori Lightfoot for implementing restrictions tough on gig economy eateries, the trio decided to focus on the things they can control. And while so many businesses in the Chicago area have either downsized — or shuttered for good — the trio counts their blessings.

“We’re looking forward to expanding even more,” said Simpson. “It’s truly a blessing because we know that we survived. If we can survive this pandemic, we can survive anything.”

This article has been reposted from The Chicago Sun Times

All Coffee Drinkers Are Not Created Equally

As a coach and consultant for new and young businesses, a part of my process is to ask my clients “Who is your customer?”. How the client answers this question lets me know where we need to begin our work. The majority of the time new business owners will tell me things like “My customer is all women”. “My customer is anyone over 21 years old”. “My customer is everyone who has been heartbroken.” Each time I hear this I know that there is work to be done.

I like to start off with the coffee scenario. I am a coffee drinker. I like hazelnut coffee, with cream and sugar. Sounds simple enough, right? Well, let me break down for you why this is not as simple as it sounds.

When thinking of places that you can grab your morning coffee a few quick places come to my mind:

I can get hazelnut coffee with cream and sugar from each of these places, however just because I can does not mean that I will. Let’s dissect what I mean.

Starbucks is a more expensive cup of coffee. I usually go there for the experience. I want someone to make my coffee for me, put it in a cup with a sleeve and a stirrer, allow me to pay with my mobile app, and call my name when it is ready. My order at Starbucks is $5.43.

McDonald’s is a quick fix. I can go through the drive-thru, order a medium coffee with two pumps of hazelnut syrup, 2 creams, and 2 sugars. They will whip that up for me right quick. No frills. My order at McDonald’s is $1.35.

Dunkin Donuts is midrange. When I am in a neighborhood that has a drive-thru Dunkin Donuts I will go there. They have my hazelnut coffee beans, not syrup, and they add in something called a swirl which is cream and sugar premixed. My order at Dunkin’ is $2.49.

As you can see each of these places sells the coffee that I like and I can shop at either of them if need be. However, depending on what my preference is at the time I may choose to not visit one or more of them. There are some people who believe that it is absurd to buy a cup of coffee for $5.43 when you can get one for $1.09. Then there are others that would never drink coffee that is served buffet style with all those people breathing over the coffee.

This is why you must know who specifically your target customer is. When you know who your customer is, you know what appeals to them, how to get their attention, and how to speak to them. Spending time learning your customer will save you lots of time and money. Starbucks knows not to market to the frugal customer. That is not their customer and they are okay with that. You have to be okay with knowing that everyone isn’t your customer.

A word of advice is, you want to market yourself properly and position yourself so that the customer you want seeks you out and not the other way around. Take the time early on and figure out exactly who your target customer is